Posted by Valerie Brincheck at 6:21 AM No comments:

You Can Never Have Enough Hats

I guess being up north made me miss civilization a little. So here are some proper ladies all dressed in their best finery.
Posted by Valerie Brincheck at 7:13 AM 2 comments:

One Piece of Art

Click on the picture to see a larger view. 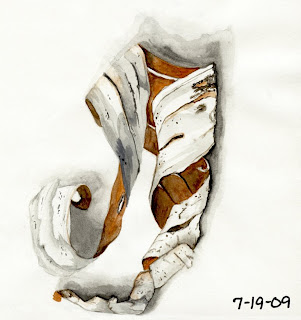 I had time to do one watercolor painting while I was up north. Of course my niece Anna had to ask me questions about it the whole time I was painting so it took me a long time. Anyways I think it turned out pretty good. I would have liked to spend more time on it but I was tired of answering questions.
Posted by Valerie Brincheck at 11:28 AM 4 comments:

Yes I am finally back and we had a wonderful time. Here's a slide show of some of the 145 pictures I took. (I explain all them below.)

The first pictures are of our new "toy" which I affectionately dubbed "The Beast". It's a 1988 Jeep Cherokee that has been modified by the previous owner for "mudding". It's perfect for Canada Creek because the back acreage is very primitive and not always easy to drive through. We did have a have little bit of excitement driving the back acreage looking for elk when Rob decided to see what one particular button on the dashboard did. (It was marked "power" and what male can ignore that for long.) It supposedly makes the shifting cycles of the transmission last longer so you can get more power climbing hills. We quickly learned that it should be marked "overheat button" because 10 minutes after he pushed it the car spewed almost all of it's coolant out the pressure cap. Thankfully we had 2 more gallons of coolant and just had to sit and wait for 20 minutes while the car cooled down. (It would have been a very long walk back to the cabin.) After seeing nothing while out driving around we come back to our cabin to find 2 darling little twin fawns in the drive way.

Anyways the first day we went to Mackinac City to spend the day doing something the kids would enjoy. After an hour in the car they were let out at one of the piers and took off for the end. (Poor Bobby is always trying to keep up.) We then went over to Fort Michilimackinac and let them run around some more. (Aren't they cute kids?) In the picture of everyone walking in my hubby Rob is the one with the dark hair and his sister is Carolyn. (Her hubby is the redhead and his name is Scott.) When we got back that afternoon we had a few more visitors and I got the thrill of a lifetime by hand feeding a wild deer. It took about 15 minutes of coaxing but she finally came and took a piece of bread from my hand. Of course she was back many times and I fed her 3 more times right from the steps of the front deck.

That night it was time for a camp fire and a round of toasting marshmallows for "smores". We also set off some fireworks and let the kids have some fun with a few sparklers. I have a "fireworks" setting on my camera so I had fun taking some time lapse photos of the kids swirling their sparklers.

The next day the men went golfing and the kids and Carolyn and I hung out at the beach all day. Wesley only came out of the water long enough to throw food down his throat and go to the bathroom twice. Anna is more of a "girly, girl" and came out a few times to warm up and help bury 2 other boys in the sand. (I of course built a sandcastle when I got tired of chasing the kids.)

Everyone else left on Tuesday and Rob and I stayed one more day. (It was nice to have some peace and quiet.) Rob and I decided to try one last time to see some elk that last evening and we were finally successful. We came into a clearing that had recently been cleared by a logging company that the ranch lets cut down trees in certain areas. There were 2 huge bull elk standing by the tree line about 300 feet away from us. They stood there and browsed for about 15 minutes before we finally left to drive back to the cabin. What a magnificent sight they were!!!

So all in all it was a very good trip but will have to go back up one more time to winterize "The Beast" for cold weather. (Maybe sometime in August.)
Posted by Valerie Brincheck at 9:46 AM 2 comments:

Time For A Pow Wow 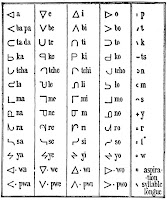 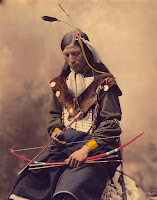 Since I was up north and most of the names of cities are Native American in nature I decided to post images of Native Americans. It seems that the tribes that were prevalent here were Chippewa, Huron, Kickapoo, Menominee, Noquet and Ottawa. I'm not sure what tribes these Native Americans were from but I think they are all beautiful images.
Posted by Valerie Brincheck at 9:09 AM 1 comment:

It seems that even though I have cycled through all my digital art that you want to see it again.

Join me on my Yahoo group to swap ATC's and other kinds of artwork, or just to learn something new. 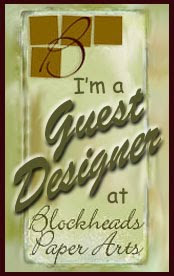 Art Dolls I have Made

My Favorite Sites of Inspiration